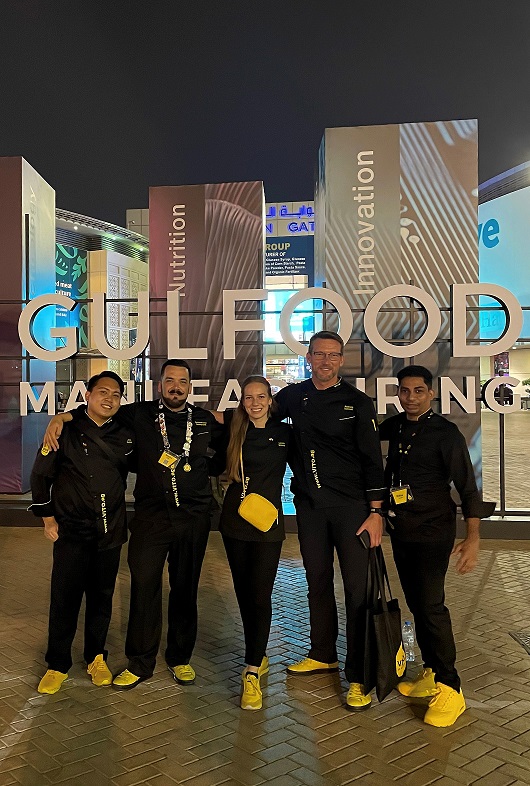 Gulfood Manufacturing has been held in Dubai at the beginning of November every year since 2014. It is the largest food and beverage processing event in the Middle East. For VITO AG, this fair has been a must since its founding. The global player from Tuttlingen, Germany, uses this opportunity to consolidate and further expand its market position in the Middle East, the African and Asian markets. Furthermore, it is an excellent opportunity to meet existing customers and new potential trade partners. 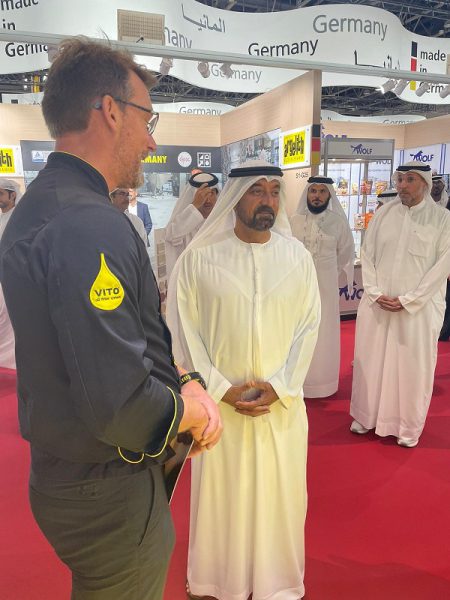 This year VITO has also decided to double the efforts and exhibit at another fair, the GulfHOST. GulfHOST is an essential marketplace for catering and hotel equipment suppliers. Due to the constantly high demand in the past years and the enormous rush at the exhibition booths, the team has brought additional manpower. Since then, two new employees permanently support the VITO branch in Dubai, VITO Middle East.

As expected, the visitors‘ interest in the VITO frying oil filter system was high. Especially the VITOconnect application, which enables kitchen operators to track and evaluate the use of their VITO equipment, was very well received. A highlight for the VITO team occurred on the show‘s first day when His Highness Sheikh Ahmed bin Saeed Al Maktoum only stopped at the VITO booth on his tour of the German pavilion to take a closer look at the VITO equipment. His Highness is highly respected in the Emirates and is the Chairman of Emirates Airline, President of the Dubai Aviation Authority and Chairman of Dubai World.

The company looks back with pleasure on the two trade shows. They conclude a very successful trade show season.
The winter break will be used to gather new strength and start the Gulfood in Dubai, UAE and Internorga in
Hamburg, Germany, in spring full of energy.