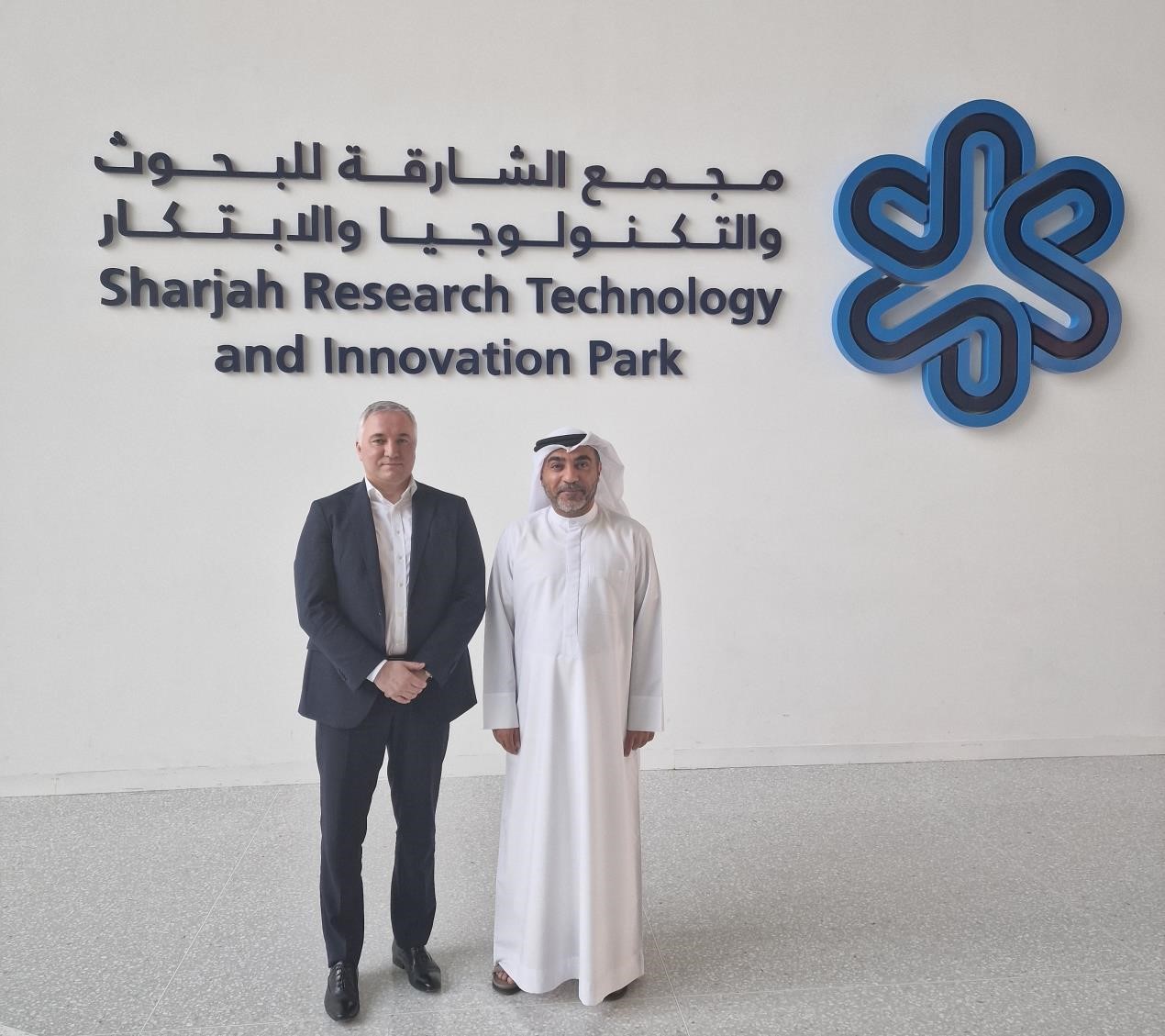 The UAE’s AgriTech sector has been catapulted to the top of the nation’s priority list following food security concerns brought about by the Covid pandemic, according to a report titled AgriTech in the UAE Industry Landscape Q3 2022, which was jointly published by Sharjah Research Technology and Innovation Park (SRTIP) and Deep Knowledge Analytics (DKA), a subsidiary of Deep Knowledge Group (DKG).

As the UAE imports more than 85% of its food – a process which was severely disrupted by global lockdowns – the UAE government has taken decisive action to adopt more self-sustaining practices to ensure food security for its citizens and residents.

Outlined in a comprehensive report, the implementation of innovative food production practices has proven to be a fruitful exercise for the UAE leaders, who plan to harness the innovation and export it to the world.

DKA conducted deep analysis into 100+ companies, 30+ investors, 10 government agencies and hubs and eight subsectors to produce an overview of the UAE’s novel approach to agriculture.

The problems facing the sector include a burgeoning world population, which is expected to reach almost 10 billion by 2050, boosting agricultural demand by 50% compared to levels experienced in 2013. These are topped by the UAE’s harsh climate, making food security a constant concern.

Furthermore, the agricultural industry both contributes to, and is affected by, climate change. For example, agriculture currently accounts for 70% of water use globally, and the world’s food systems are responsible for more than one third of global anthropogenic greenhouse gas emissions.

Additionally, one third of food produced globally is either lost or wasted, generating around 1.3 billion tons per year, worth approximately $1 trillion. In developing countries, 40% of losses occur at post-harvest and processing levels.

As food security has always been important to the nation, the UAE government launched its National Food Security Strategy in 2018, with the goal of increasing food production by 30-40% in 10 years. The plan is for 50% of the food consumed in the Emirates to be locally produced by 2051, compared to 20% in 2022. 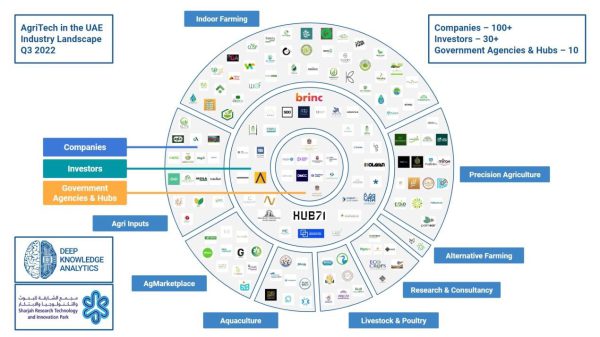 Commenting on the report findings, His Excellency Hussain Al Mahmoudi, Chief Executive Officer of Sharjah Research Technology & Innovation Park, said: “The UAE government has set ambitious targets to boost food security in the coming years. The goal of taking locally produced food to 50% by 2051 is certainly achievable. At SRTI Park, we are proud to have a new breed of startups that are pioneering alternative agricultural technologies, including hydroponics and vertical farming. Investments in AgriTech startups are estimated to have skyrocketed to $51.7 billion from venture capitalists in 2021, an increase of more than 85% over 2020. We are proud to jointly conduct this comprehensive report with DKG, as it reflects the UAE’s bold initiatives and targets to achieve food security against so many odds.”

Innovations in the Agricultural Sector

Dmitry Kaminskiy, General Partner, Deep Knowledge Group, said: “Some of the innovations that are boosting the UAE’s food security include the use of solar power technologies which enable the use of salt water, rather than fresh water, as the primary input for food production. Other initiatives include the reduction of food waste and greenhouse gas emissions, and the implementation of vertical farming – a sector in which the UAE has major potential. We are delighted to continue our collaboration with Sharjah Research Technology & Innovation Park to contribute to the advancement of some of the most critical sectors of the UAE’s economy.”

Hydroponics, alternative crops, greening the desert and alternative proteins also feature on the list of innovations to boost food production in the UAE, backed by technology which incorporates robotics, AI and blockchain.

The largest facets of the UAE’s AgriTech sector can be quantified as follows: 36% (indoor farming), 15.9% (precision agriculture), and 15% (Agri inputs). Around 65% of the nation’s AgriTech companies are micro-sized enterprises with fewer than 50 employees. Agriculture in the UAE is projected to register a CAGR of 3.5% between 2022 and 2027, based on the nation’s commitment to grow the industry exponentially in the near future.

While the UAE’s food production may only represent a miniscule percentage of global agricultural production, the implications of this forward-thinking strategy extend beyond the national borders.

Previously, the transference of technologies from temperate regions to those closer to the equator have not been successful due to the drastic differences in agri-climatic conditions.

There are currently 66 UAE companies addressing the sustainability issue, which was enhanced by investment of more than half a billion dollars into UAE-based companies in 2021, or around 1.1% of the global capital invested in AgriTech. 66% of these are UAE-based investors, followed by those from the US, the UK and Switzerland, as well as other GCC countries.

The global AgriTech market is projected to reach $22.6 billion by 2025, creating a significant opportunity for investors and companies looking to further the advances of new technologies. Factors driving market growth include the adoption of advanced technologies and growing demand for food traceability and security.

Some of the key players in the UAE’s AgriTech startup sector include Pure Harvest Smart Farms, Madar Farms, Farmin, The Platform, Palmear and others.

For AgriTech investors, the UAE is a particularly attractive option thanks to its favourable climate and infrastructure, and strong government support of initiatives to enhance food security.

Looking ahead: AgriTech in the UAE

Abu Dhabi operates agricultural technology company Silal, which is upgrading 80 farms with new smart monitoring and irrigation technology. Silal will invest $54 million into the programme in the next two years to boost sustainable agriculture in line with the national AgriTech strategy.