Home News The Dates Connection: the Amman semifinal Heats up the contest of Host Milano and Tuttofood To combine creativity and networking 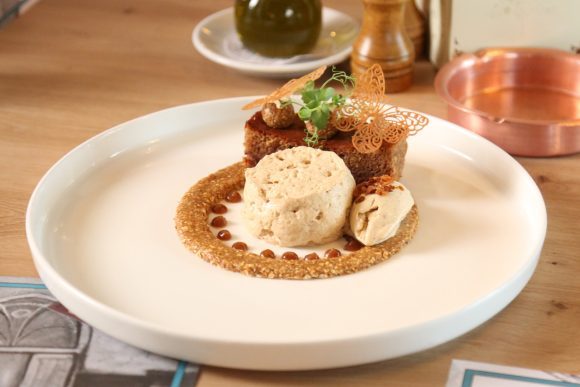 The Dates Connection: the Amman semifinal Heats up the contest of Host Milano and Tuttofood To combine creativity and networking

The journey of encounter between East and West represented by The Dates Connection is on the way, the contest launched by HostMilano and TUTTOFOOD – the two main events in the portfolio of Fiera Milano for the hospitality and agri-food sectors – that celebrates the most innovative date-based recipes proposed by some of the most creative international chefs and pastry chefs, both successful and emerging.

Organized in collaboration with The Emirates Culinary Guild and with the support of Saudi Arabian Chefs’ Association, Qatar Culinary Professional, Jordan Restaurant Association and the Jordanian Chefs Association the first stage will select a national finalist from each of the five participating countries: Jordan, Qatar, Saudi Arabia, United Arab Emirates and Italy.

Exciting national finals are on the way

During these days, after a virtual journey through deserts, palm groves and beaches of the Middle East, the “digital date caravan” reached its first stop: Jordan. The national semifinal was held at the Alsynior restaurant in Amman, with the support of the major food and hospitality associations in the country (Jordan Restaurant Association, Jordan Chefs Association), the presence of the Director of the Jordan Exporters Association, the Chairman of the Jordan Dates Association and the most representative local media.

To determine the overall national finalist, in the final live contest the three chefs had to replicate the recipes that allowed them to win the auditions, that were held digitally through short videos viewable on the Emirates Culinary Guild YouTube channel. As many as 11 chefs from the most renowned restaurants, including Al Qasr Garden, [email protected], Maharaf, Solaya, Vinaigrette, Wild Jordan and YAGOOS, participates in the first stage of the competition. 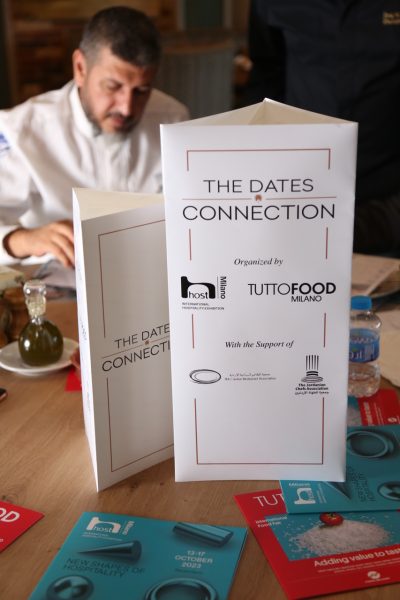 A journey that combines creativity with networking and business

As the selection phase of the finalists goes on, The Dates Connection is increasingly confirming itself not only as a journey of encounter and dialogue between different gastronomic cultures and creative sensibilities, but also as a significant opportunity for networking and business development, that enhances the affinities between the two worlds of Food & Beverage and Hospitality and Out-of-Home represented by TUTTOFOOD and HostMilano. This is confirmed by the growing institutional support received by the competition: in August the UAE Restaurant Group, an organization that brings together thousands of restaurants in the UAE, enthusiastically confirmed its support to the event, especially during their local stage, the Dubai semifinal in February 2023.

The meeting in Dubai will complete the schedule of the national semifinals, that will be held from September 2022 to February 2023.

The initiative is part of the journey towards the 2023 editions of TUTTOFOOD and HostMilano, which will be held at Fiera Milano from May 8 to 11 and October 13 to 17, respectively. A journey that aims to make the meeting between supply and demand increasingly effective, creating opportunities for potential exhibitors and buyers to be directly involved in their markets, also thanks to partnerships with the most representative local associations.