Home News Strength of taste, vitamins and colors – learn about the quality of Apples from Europe 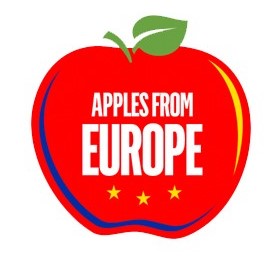 Strength of taste, vitamins and colors – learn about the quality of Apples from Europe

We are just after the largest food fair in the MENA region – Gulfood 2020, which took place at the Dubai World Trade Center between February 16 and February 20 this year.

“Apples from Europe” could not miss such an important event in the region. Representatives of the promotional campaign “Strength of taste, vitamins and colors – learn about the quality of Apples from Europe” were present during these 5-day fairs as active visitors. Despite the lack of a stand, we have achieved more than many exhibiting companies, namely thanks to pre-planned meetings, we have reached the right people from the industry. The meetings were held not only in the Dubai World Trade Center Dubai exhibition center, but also on the Al Aweeer Fruit & Vegetable Market. We talked with both current and new business partners. Not all UAE fruit and vegetable representatives planned to visit Gulfood, hence visiting them at their headquarters was a great idea. During business talks we presented current sales offers.

But not only meetings with entrepreneurs were the goal of the Economic Mission. Representatives of Active companies and the Gaik Group actively participated in key events for the food industry, thus marking the presence of European apples in the region.

In addition, the delegation carried out 3 visits to local supermarkets, where representatives of the Fruit Union got acquainted with the assortment of apples and the conditions for selling fresh fruit. 50 B2B meetings with local and world importers, representatives of trade networks and people deciding to buy fruit were carried out.

The visit to Dubai was also an opportunity for a preliminary invitation to visit our stand during the “Speciality Food Festival”, which will take place at the Dubai World Trade Center between April 6 and 8 this year, and announcements of the planned study tour in Poland planned for April, dedicated to the fruit industry, as well as media representatives of the UAE.

The promotional campaign “Strength of taste, vitamins and colors – meet the quality of apples from Europe” aims to promote European apples, increase their competitiveness and consumption in the United Arab Emirates market and re-export markets with UAE.