Home News Spirit of optimism ahead of IFFA 2022: New perspectives for the meat and protein industry 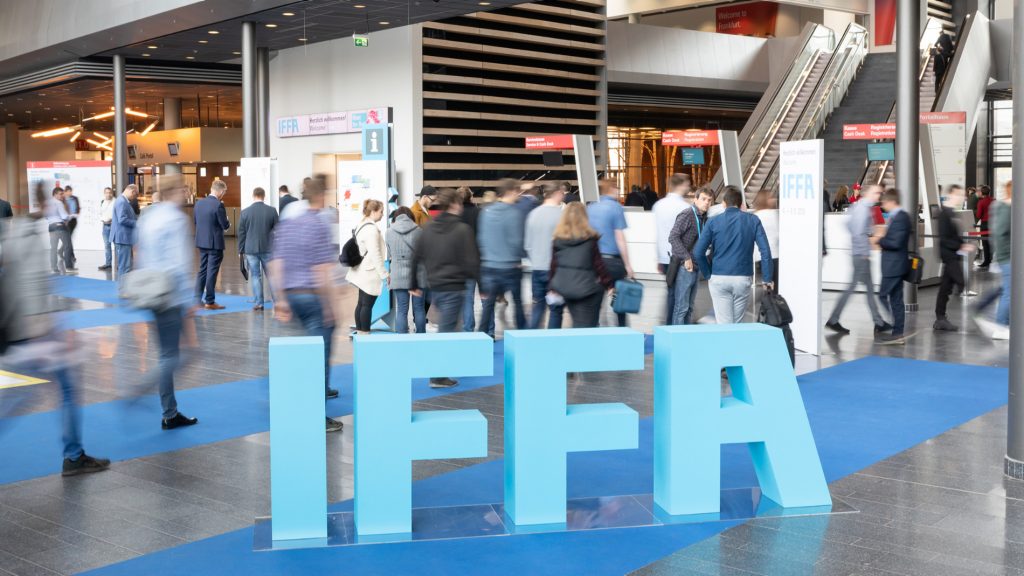 Spirit of optimism ahead of IFFA 2022: New perspectives for the meat and protein industry

The outlook for the meat and protein industry and its suppliers is positive despite difficult underlying conditions. German production of process technology for this sector rose to a peak in 2021, and exports were also at a record level despite the pandemic. The German butchery trade also reports a high willingness to invest. At IFFA in Frankfurt am Main, 860 exhibitors from 44 countries will showcase innovations for processing, packaging and selling meat – and increasingly also alternative proteins.

One of the biggest food industry segments will meet from 14 to 19 May at the leading international trade fair IFFA – Technology for Meat and Alternative Proteins – in Frankfurt am Main. For six days, the focus will be on the safe and sustainable supply of healthy proteins – be it meat or plant-based protein – to a growing world population. 860 exhibitors from 44 countries will present their innovations from the last three years: Technology for processing and packaging, ingredients as well as innovations for sales. The traditionally high internationality of IFFA will also be achieved this year: 58 percent of the companies come from abroad. Strongly represented, after the German companies, are exhibitors from Spain, Italy, the Netherlands, Poland, France, Denmark and the USA.

Wolfgang Marzin, President and CEO of Messe Frankfurt: “IFFA is our second trade fair event here in Frankfurt, and it’s going to start off an intensive trade show year 2022 after a long break. We are delighted with the great response from the industry, which unites here with forward-looking solutions for sustainable and healthy nutrition for a growing world population. IFFA comes at the right time – that’s what everyone involved tells us: There are important topics to be discussed, and the industry needs the innovation boost for its business. With the new theme of alternative proteins, IFFA is positioning itself as the world’s leading trade fair, clearly setting the trend and, thus, also reflecting current consumer behaviour.”

A powerful presence of the industry on its most important platform

Current key figures paint a positive picture of the meat and protein industry: As reported by the relevant trade association within the VDMA, German production of food processing and packaging machinery increased by seven percent in 2021, almost returning to the pre-crisis level of 2019. Strong domestic demand and exceptionally high sales of machinery to the USA underscored the good development. By contrast, the continuing disruptions to supply chains and bottlenecks on the materials and procurement markets were and still are a brake on the economy. Klaus Schröter, Chairman of the IFFA Advisory Board and Chairman of the VDMA Meat Processing Machinery Division, says: “We are very pleased that IFFA 2022 can take place on the scheduled date. All exhibitors will show numerous innovations for the efficient and sustainable production and packaging of meat and alternative proteins. We are also particularly looking forward to the personal exchange with the trade visitors from all over the world.”

The German butchers’ trade, one of the most important visitor groups at IFFA, wants to invest in automation and digitalisation, especially against the backdrop of staff shortages. According to a recent survey of members of the German Butchers’ Association (DFV), just over 50 percent of artisanal butchers are planning above-average investments in 2022. Herbert Dohrmann, President of DFV: “At IFFA we will once again find technological innovations that will help our businesses move forward. We need innovations that help to save energy and protect the climate, facilitate work processes, increase the quality of our products and retain customers or even win new ones.”

For the first time in its 70-year history, IFFA is expanding its product nomenclature and is presenting technologies and solutions for plant-based meat substitutes and alternative proteins. In doing so, it is following up on the trend towards plant-based meat alternatives, which is recording high growth rates. In a recent study, the U.S.-based Good Food Institute projects that sales of plant-based meat substitutes will account for about six percent of the global meat market by 2030. Currently, Western Europe is the world’s largest market for those products. Established companies in the food industry have recognised the importance of the sector and are investing in the segment accordingly. Sales of plant-based meat substitutes in the European retail sector were 2.3 billion euros in 2021 – 19 percent more than in the previous year[1]. Over 200 exhibitors at IFFA offer products for the production of meat alternatives. In addition, there will be further information on this forward-looking topic in the supporting programme. New partners of IFFA, such as the Federal Association for Alternative Protein Sources Balpro, the Good Food Institute Europe and the nutrition organisation ProVeg, will contribute their know-how.

All information about IFFA at: www.iffa.com