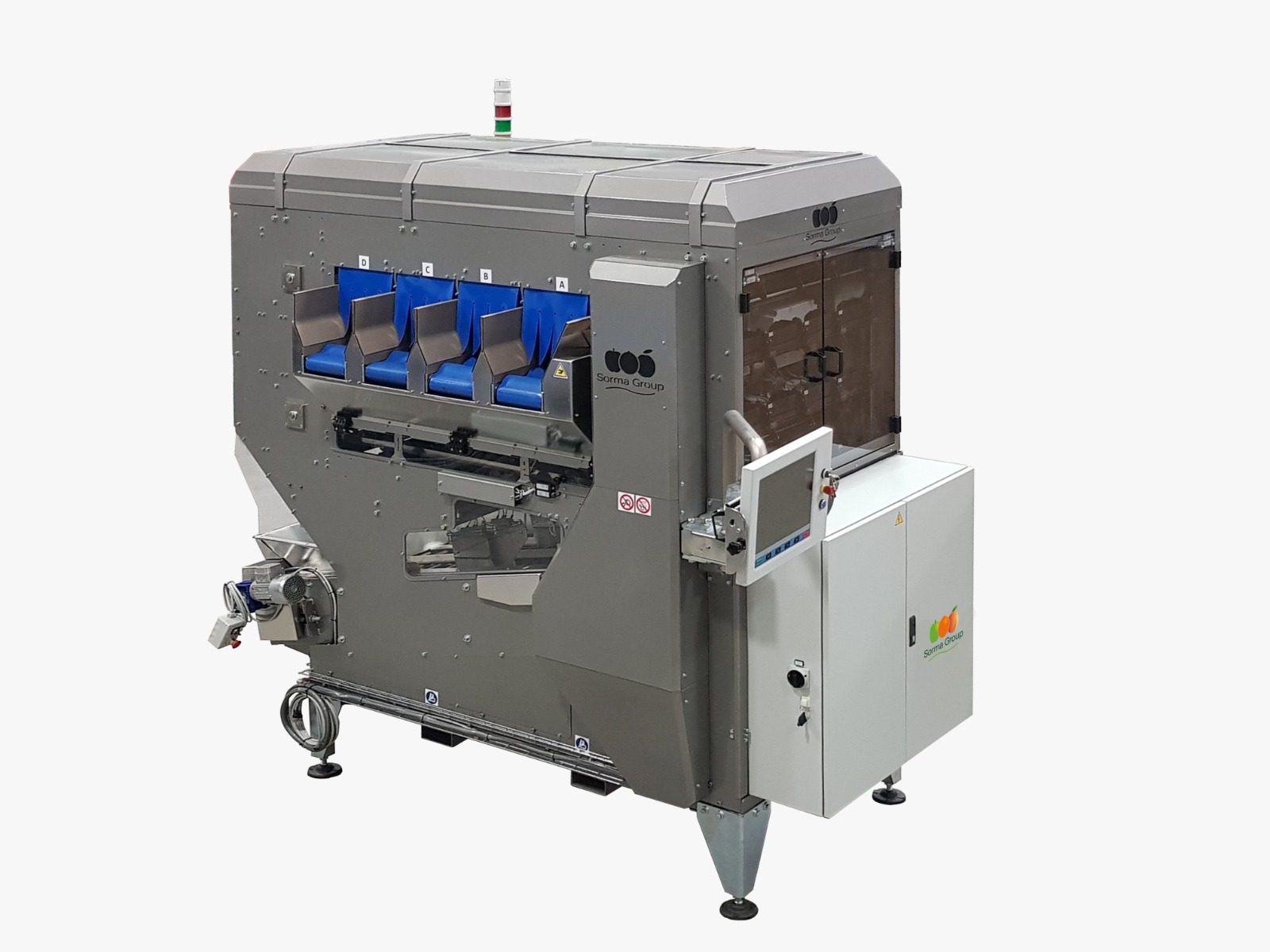 CESENA, 10/09/2021 – During Macfrut, the International Fruit and Vegetable Fair in Rimini, Sorma Group premiered its new WD4-S weighing machine. This high-performance machine, which outperforms other machines on the market, completes the company’s range of weighing machines.

The new compact and efficient machine is distinguished by its internal feeder belts, which save space and allow it be positioned in any warehouse. However, its small size does not reduce its efficiency: the WD4-S can feed up to 4 packaging machines.

In addition to being adaptable and compact, the WD4-S also stands out for its adopted technology, which guarantees speed and precision. Thanks to latest-generation, Industry 4.0 software that operates electronically, fruit is very accurately weighed. Moreover, unlike other weighing machines on the market, this parameter does not vary with increased speed, making it possible to weigh up to 70 packs per minute.

Specially designed for citrus fruits, but also suitable for kiwis and avocados, it offers equally high performance with both large and small fruits (from 40 mm to 110 mm) thanks to a self-adaptive size recognition system. An additional photocell system then indicates when the fruit leaves one of the 108 individual cups, stopping the machine to avoid any damage to the trees and weighing cells, and thus increasing processing safety. The software also features a “delicate washing programme” designed to avoid any bruising. Finally, like the most recent machines launched on the market by the Sorma Group, WD4-S features a touchscreen control panel: simple, intuitive and easy for operators to use.

The WD4-S weighing machine was presented after six months of testing, during which no problems were detected. “We are very satisfied with the new WD4-S weighing machine,” comments Andrea Mercadini, CEO of Sorma Group, “because it addresses concrete needs emerging from discussions between Sorma and users. We have created an innovative and technologically sophisticated machine that can be adapted to any packaging line. Thanks to its unique performance and features, we have already managed to sell the first 25 units,” concludes Mercadini.