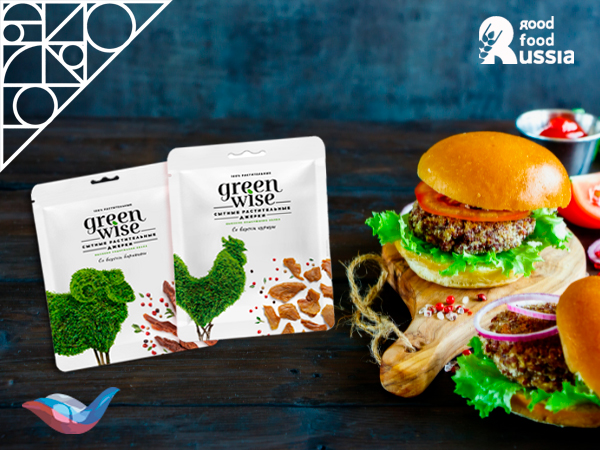 A few years ago entrepreneurs who decided to open an alternative meat production had to convince retail shops managers to put their products on store shelves. Now alternative meat can be found in all major retail chains and delivery services. Moreover, Deloitte Consulting predicts that the alternative meat market will grow by at least 10% a year.

Although the alternative meat market emerged not so long ago, there are already a number of popular brands there. Manufacturers from Russia are also actively gaining market share by offering quality products at competitive prices. In some store chains  the sales volume of Russian alternative meat have exceeded that of famous American competitors: all due to the low price, which is several times lower as compared to similar products.

Manufacturers strive not only to convey the taste of real meat, but also preserve its nutritional value: alternative meat is almost as good as conventional meat in terms of protein content. However,  the demand for this product is not only due to the fact that consumers have come to appreciate its taste.

The production of alternative meat is based on the idea of environmental responsibility: it leaves a smaller carbon footprint than conventional meat production and requires fewer resources. In addition, consumers today are more and more concerned about the spread of diseases and allergic reactions associated with eating conventional meat, so they opt for a conscious diet.

Both small start-ups and large agriculture holdings from Russia are actively investing in the development of alternative meat production. In 2020 Efko announced an investment of 100 million rubles to produce plant-based burger patties.

At the same time a new company Welldone was launched, which received 60 million rubles of investment from a venture fund in 2020. Welldone’s product range includes plant-based ground beef, cutlets and patties made of soy protein and coconut oil. Currently, the brand’s products are sold in approximately 500 stores in 50 cities across Russia, including five of the country’s largest supermarket chains.

Russian companies stated that they have worked with brand chefs from popular cafes and restaurants to create a truly delicious product. Russian alternative meat manufacturers have been entering international markets with their products, including the MENA region. It is already possible to taste alternative meat by Russian companies in the Russian Food House in Dubai.