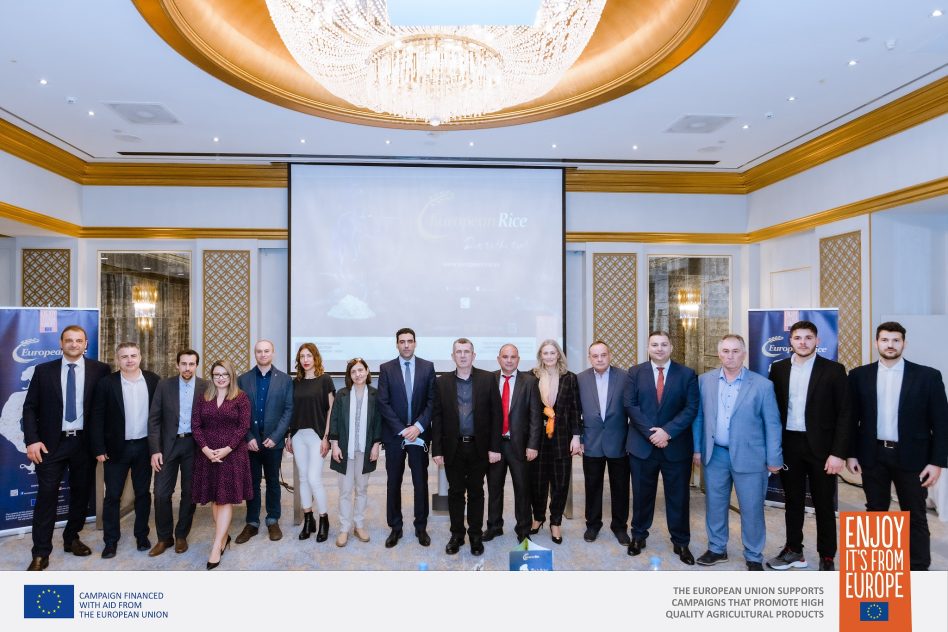 Press Event in Dubai for the promotion of European Rice

As European Rice campaign is about to conclude its three year promotional journey to the market of UAE, a final press event was held in Dubai, on Saturday 12th of February 2022 at Radisson Blu Hotel. Guests from Dubai’s food sector, F&B wholesale industry and journalists from the local media had the opportunity to taste and learn the quality characteristics of the European rice.

Mrs. Maria Nalmpanti – Head of Information & Promotion Projects of NOVACERT LTD, the Implementing Body of the promotional campaign, welcomed the audience and presented the numerous well-organized and coordinated actions, aiming to spread awareness among general public, distributors and wholesalers about the authenticity and unique production of the European rice as well as to enhance the competitiveness of the European rice produced in Greece.

It was a great honor to accommodate the Greek Counselor of Commercial and Economic Affairs, Mr Dimitrios Thomopoulos, who also addressed a short greeting to the event. Mrs. Asimina Kaldiri who represented the Directorate of Agricultural Products Promotion of the Ministry of Rural Development & Food in Greece, was also present and had the opportunity to address the audience. 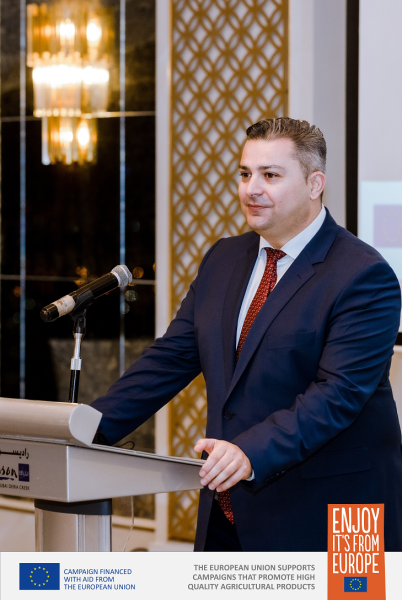 spoke on behalf of the producers, sharing the most important themes of the agricultural cooperation and the promotional campaign, and pointing out the most significant points of differentiation of the European Rice and the technologically advanced production methods, which reflect to the protection of the local eco-system.

From her perspective, the Food Ambassador of the campaign in UAE, Ms. Diana Zavzeatii presented the nutritional benefits of European rice produced in Greece together with many useful tips for the most delicious rice cooking.

As a conclusion to all those very interesting speeches, a live cooking show plus a tasting dinner summed-up the action of the night!

At the same time, from February 13th to 17th, the campaign participates at Gulfood Exhibition in Dubai (Za’abeel Hall, stand Z5-146), sharing the knowledge and passion for superior quality European Rice production!

The EU-funded campaign entitled ‘Information provision and promotion measures on rice in Jordan, Lebanon and the U.A.E. with the distinctive title “European Rice – Rice to the top!” aims to spread awareness among general public, but also professionals, about the authenticity and unique production of the European rice as well as to enhance the competitiveness of the European rice produced in Greece. 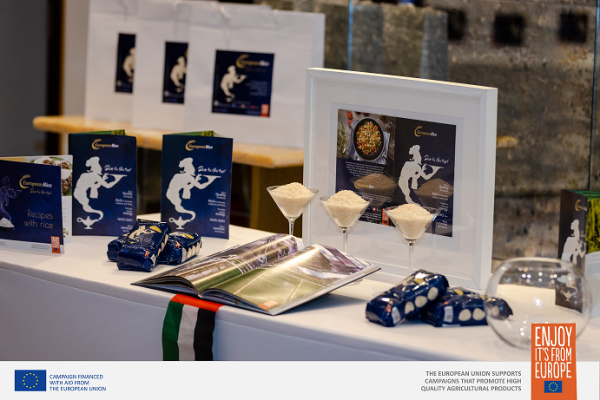 The content of this promotion campaign represents the views of the author only and is his/her sole responsibility. The European Commission and the European Research Executive Agency (REA) do not accept any responsibility for any use that may be made of the information it contains.