A case in point is a recent project, which saw CAMA deliver three secondary packaging machines to a confectionery manufacturer in Middle East. In this instance, according to Renato Dell’oro, Cama’s Area Sales Manager for the Middle East: “We had to have a personal mindset and approach that was just as flexible as our machines!”

Cama is fortunate to have a team that has been working with the region for a number of years. “We have a sales and engineering team that is used to the market dynamics and the ways of doing business. I particularly enjoy working in this region, as it is all down to gaining confidence and building close and very open and honest relationships.”

The Middle East region is rapidly evolving, especially over the last five years, and is becoming highly influenced by global trends. In fact, the Middle East is rising as one of the fastest-growing markets. While some countries in the region are facing economic instability, the market still offers low taxation compared to the European market.

In mature markets, such as Europe, specifications are high on the list of considerations in order to compare services & machines before making a decision. The Middle East, as an emerging market, is less concerned with specifications and instead is interested more in machine suppliers that offer high standards in terms of people, technology and machine building.

For this project Cama supplied three machines for five of customer confectionery lines. The first, a cracker line, is an IF315 top-loading monobloc packaging machine, which delivers box forming, product loading and box closing. “This is a very compact machine,” Dell’oro explains, “which uses an in-house developed delta-type robot which can deliver fast and efficient product loading based on any number of different packaging recipes. In this case the machine has to cater for four different product formats and six different box formats. 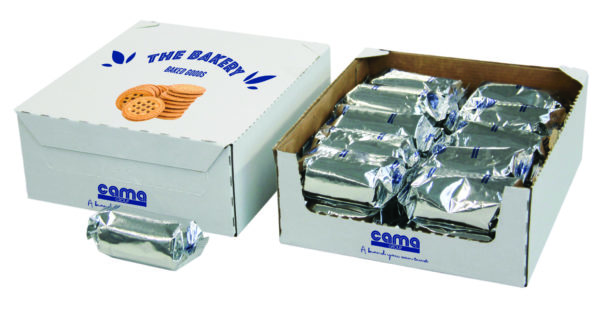 Our customer recognized that the design of the machines and the know how that they got from the project team was also a a major feature that any technical team will be looking for.