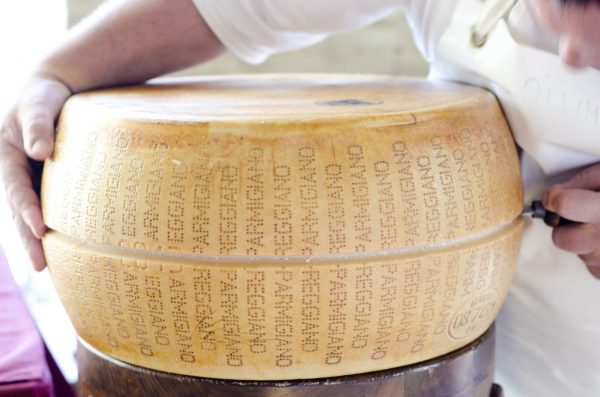 From 16th to 20th February, the Parmigiano Reggiano Consortium will take part in Gulfood, one of the largest trade fairs dedicated to the food sector. For the first time ever, the Consortium will participate with its own stand, located in space B1-34 of Hall 1 of the Dubai World Trade Center.

Participation in Gulfood is part of a three-year project launched by the Consortium to develop market potential in the Gulf area. Hirux / Nielsen research commissioned by the Consortium shows how consumers in the region confuse Parmigiano Reggiano cheese with generic Parmesan cheese. So much so that, if the turnover of hard cheeses in the three target countries United Arab Emirates, Saudi Arabia and Kuwait is considered, only 30% of the market belongs to Parmigiano Reggiano while the remaining 70% to Parmesan.

According to Parmigiano Reggiano Consortium President, Nicola Bertinelli: “The strategy of the Consortium is to educate Arab consumers on the specifics of Parmigiano Reggiano, a cheese that stands out for its selection of the best and 100% natural ingredients and uses the same recipe used for a thousand years.”

The first step of the project coincided with the launch of a large-scale advertising campaign in Saudi Arabia, the United Arab Emirates and Kuwait: the first TV campaign aired on the Pan Arab and Pan Asia channels in the last quarter of 2019 while the next will air at the end of 2020. In parallel, a web campaign has been launched on YouTube, Facebook and Instagram to reach out to mas many consumers as possible, including the very large number of expats that make up over 70% of the population in Dubai.

According to the Consortium, the Gulf countries are an important market as they represent a strategic hub for the Italian agri-food sector, partly as a gateway to the Middle Eastern markets and also because they consist of countries with some of the highest per capita incomes in the world. Most of the GCC countries import food products, for instance, the United Arab Emirates imports about 90% of its food and finished foods.