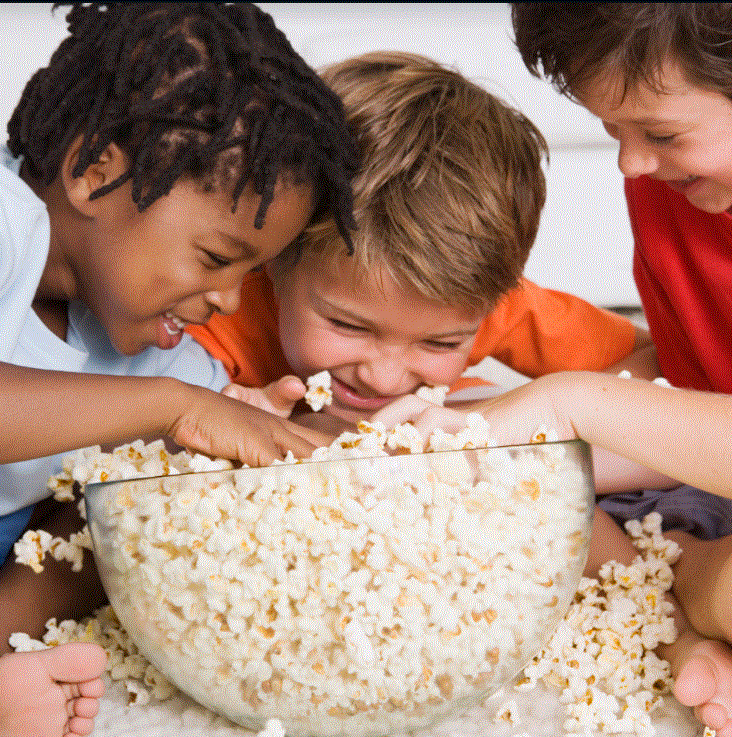 New popcorn promotes growth of beneficial bacteria in our stomach

Each of us walks around with trillions of microbes living in our gut. In past decades, scientists have started to understand how the properties of our personal microbiome impact our health. But the question of how to safely, effectively, and scalably influence our gut microbiomes has remained challenging. An article published by scientists from the Nebraska Food for Health Center explores a solution: naturally occurring genetic variation in the plants we already eat.

The study, published in the leading journal Frontiers in Microbiology, focuses on popcorn. Corn is big business in the cornhusker state, and popcorn is no exception.  Americans eat more than 13 billion quarts a year; an average of about 40 quarts per person. But when it comes to the human gut microbiome, is all popcorn the same? Nate Korth, a Ph.D. student at the University of Nebraska, Food for Health Center set out to answer that question using new popcorn varieties developed by Prof. David Holding based on naturally occurring changes within a small number of genes that influence the amount and kind of protein in the popcorn kernels, referred to as quality protein popcorn. When Korth analyzed the effects of these new popcorn lines on the gut microbiomes of different human donors using the Nebraska Food for Health Center’s advanced screening technology, he found something unexpected: compared to the popcorn we eat today, human gut microbiomes fed the new popcorn varieties produced much more butyrate, a short-chain fatty acid shown to promote health in humans. Using DNA sequencing Korth also tracked how the composition of the human gut microbiomes changed in response to the type of popcorn they were fed. When human gut microbiomes were fed Holding’s popcorn, bacteria known to produce butyrate became more abundant compared to microbiomes fed regular popcorn.

“I was thrilled when I first saw the results for butyrate and other short-chain fatty acids,” said Korth, “the ability to promote the growth of butyrate-producing bacteria has really exciting potential implications for human health.” Increased production of butyrate produced by bacteria in the gut is associated with improving the integrity of the gut lining as well as improving metabolism and appetite control. Butyrate produced in the gut can also circulate throughout the body and recent studies have linked the increased abundance of butyrate-producing bacteria or increased production of butyrate itself to decreases in cholesterol and disease susceptibility. While the current study was pre-clinical in nature, utilizing in vitro fermentation, the Nebraska Food for Health team is hopeful to move to clinical studies in the future.

“This study really starts to show the potential of the Nebraska Food for Health Center to improve both human health and farmers’ bottom lines,” said Archie Clutter, Dean of Agricultural Research at the University of Nebraska. “There are few, if any, other places in the world where corn breeders are actively collaborating not only with food processors and microbiologists but physicians.” While the Nebraska Food for Health Center is working on evaluating the impact of many different crop varieties and food ingredients on the human gut microbiome, Dr. Holding’s healthy popcorn is the first such study to be published in a peer reviewed journal and the closest to reaching farmers’ fields. The farmers across the state of Nebraska plant more than 60,000 acres of popcorn each year and produce close to 120 million pounds of popcorn.