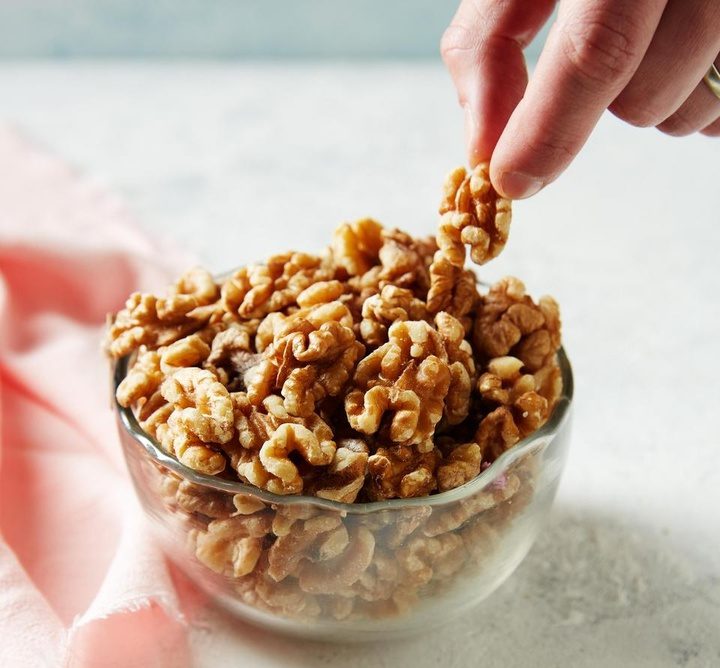 Research has shown that a healthy diet contributes to good brain health and overall well-being. Studies reveal that walnuts can be part of dietary patterns that play a beneficial role in cognitive function and neurodegenerative conditions like Alzheimer’s disease.1

Specifically, a new 2022 pre-clinical, cell-based study further investigated the connection between walnuts and cognitive function with findings that suggest walnut oil may play a part in decreasing markers of Alzheimer’s disease progression.2

While the results of this study show a promising connection, additional research needs to be conducted including human clinical trials, which are needed to fully understand the effect on humans.

In addition, on-going research has found that eating certain foods, like walnuts, may be linked with:

These findings warrant additional research in order to clearly understand the role foods like walnuts may play in supporting potential benefits to cognitive function and reduction in risk for other diseases.

Emerging research from pre-clinical and human studies suggests that eating about 1 ounce of walnuts (about a handful) per day seems to show the strongest potential benefits for brain health.3

While the research resulted in positive findings, this study was performed on animals, so findings cannot yet be correlated to humans. Animal studies are provided as background and used to formulate hypotheses for additional research needed to determine the effects on humans.

The World Health Organization (WHO) declared dementia as a priority Condition through the Mental Health Gap Action Programme. Dementia, including Alzheimer’s disease, is one of the biggest global public health challenges facing our generation. As a relatively young population, there is low awareness of Alzheimer’s disease throughout the Middle East and north African nations (MENA). The WHO dementia report estimates that populations in the MENA region will see a 125% increase in cases by 2050 and estimates that almost 6% of those over 60 suffer from it. It is a devastating disease, and these regions will eventually have to face the increasing burden of Alzheimer’s as the population naturally ages. It is also suggested that the MENA region may face the burden of Alzheimer’s disease and related dementias much earlier than in the West.4

In conditions like Alzheimer’s disease, signs and symptoms may not show until much later in life. Adopting simple and nourishing habits early in life and doing them often, like eating walnuts, could be a promising action that may benefit cognitive function and neurodegenerative conditions.

The California Walnut Commission, established in 1987, is funded by mandatory assessments of the growers. The CWC represents over 4,500 growers and over 90 handlers (processors) of California walnuts in export market development activities and conducts health research. The CWC is an agency of the State of California that works in concurrence with the Secretary of the California Department of Food and Agriculture (CDFA).

The CWC is an EOE