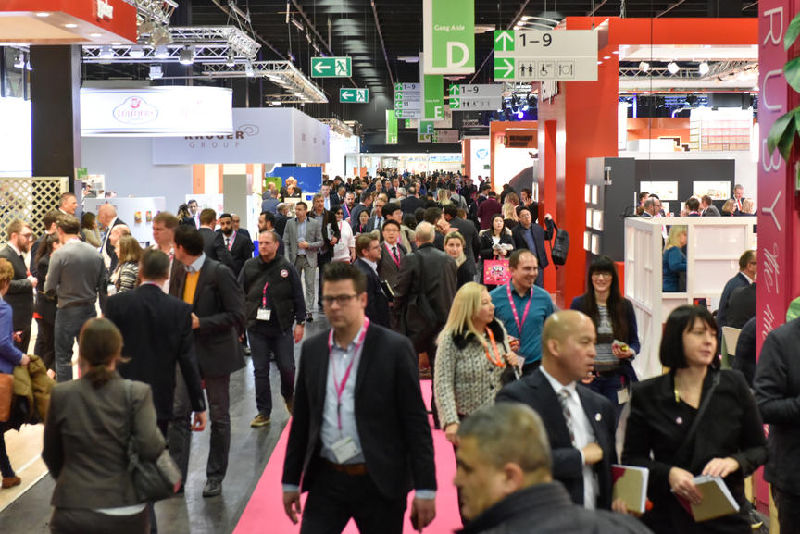 Next year, ISM, the world’s largest trade fair for sweets and snacks, will once again be focusing on trend and future-oriented themes. In order to lend the trade fair an even more target group-specific alignment, the familiar New Snacks section is to be divided up into the sections Trend Snacks and Natural Snacks. This gives the suppliers of snack alternatives the opportunity to present their product portfolio to a wide audience. ISM is also once again offering industry newcomers and start-ups presentation areas at favourably-priced conditions.

Trend Snacks and Natural Snacks
Also in the world of sweets and snacks the focus continues to lie on a conscious diet. “Snacking” is one of the current mega trends. Here, the consumers expect more balanced and more natural products with functional added value which at the same time taste good. In the scope of the new sections, Trend Snacks and Natural Snacks, ISM is doing justice to these themes by providing a detailed overview of the product world of the snacks. The suppliers of meat and fish snacks, vegan trend products, dried fruit and vegetables, fruit and vegetable chips, smoothies, fruit with chocolate or energy and sports bars will find the right environment for their trade fair participation in the Trend Snacks section. Companies with products that are free from additives, raw products, coffee, tea and cocoa or drinking chocolate specialities will be represented in the Natural Snacks section. There is additionally going to be a pavilion dedicated to the theme Bean2Bar chocolate within the Natural Snacks section.

Start-up Area
Also in 2020, the Start-Up Area offers companies that have been founded within the last five years a favourably-priced possibility of presenting their products and concepts at ISM at a stand measuring four square metres. The entire start-up area is located in the Trend Section of Hall 5.2 and is the central place for innovations. Start-ups additionally have the opportunity to present themselves on the Expert Stage in the scope of a start-up pitch.

Newcomer Area
Since 2013, the ISM Newcomer Area has been the meeting point, where the “Newcomers” of ISM, i.e. the new industry players, can be experienced separately. The Newcomer Area is open to firms of all product categories and ages. The only prerequisite: The company has to be exhibiting for the first time at ISM or have not been represented at the trade fair for a longer period of time. ISM offers companies that would like to present their products to a larger audience for the first time an attractive overall package in the form of a central placement on the Central Boulevard of the trade fair as well as an attractive stand measuring six square metres, which will allow them to establish industry contacts.

50 years of ISM
In 2020, ISM is celebrating its 50th anniversary. The remarkable success story of the International Sweets and Biscuits Fair (ISM) began in Cologne in 1971. As a “spin-off” of Anuga, the ISM premiere kicked off in a comparably modest way. 351 companies exhibited new products to 5,800 trade visitors in the scope of a small samples show. The impressive figures recorded in the following years underline the dynamic upswing of the trade fair. Since 1971 the number of exhibitors has increased by over 500 percent (from 351 up to around 1,700). The exhibition space expanded by more than 600 percent (from 16,500 m² up to 120,000 m²). And the number of international trade visitors rose by over 500 percent (from 5,800 up to around 38,000). The foundation of two foreign satellite events abroad are also part of ISM’s history. In 2004, the first Sweets China was held in Shanghai, which was however subsequently discontinued. In 2017, the Sweets Middle East in Dubai followed, which is today called Yummex Middle East. In 2007, the world was hit by a global financial crisis, which led to declining numbers of visitors and exhibitors at ISM. From 2011 onwards the trade fair regained its former strength and recorded increased numbers of exhibitors and visitors once more. In the following years, the trade fair experienced further development and offered new exhibition areas for young companies and trend-oriented themes. In 2019, ISM is expanding its exhibition space to include Hall 3.1. Koelnmesse is still the organiser of ISM and – its industry sponsor is the International Sweets and Biscuits Fair Task Force.