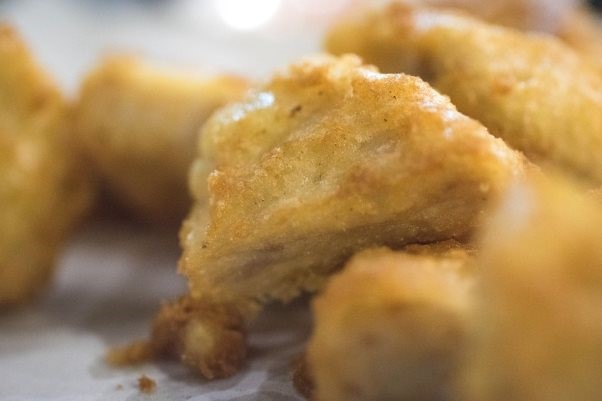 IDTechEx discusses which country will be next to approve cultured meat

In December 2020, Singapore made headlines by becoming the first country in the world to approve a cultured meat product for commercial sale. The product, a chicken bite made by US firm Eat JUST, is a blend of cultured chicken cells and plant-based ingredients and is available in one restaurant in Singapore. The regulatory approval and subsequent commercial release of a cultured meat product caused a surge of excitement around the world, with many wondering where the next region to approve cultured meat for sale will be. “Cultured Meat 2021-2041: Technologies, Markets, Forecasts”, a new report by IDTechEx, explores the current state of the cultured meat industry and the technical and market factors that will shape its future over the next two decades.

Cultured meat, otherwise known as cultivated meat, cell-based meat, or clean meat, is an emerging technology area that involves using cultured animal cells to create meatlike food products. Unlike plant-based meat or other meat analogues, cultured meat is produced from the same cells as conventional meat and can theoretically provide an exact replica of the real thing, without requiring animal slaughter and at a fraction of the environmental cost. Over the last few years, enthusiasm around the cultured meat industry and its potential to disrupt the $1 trillion conventional meat industry has been growing. Since 2015, the sector has raised over $600 million in funding, growing from less than five companies to over fifty in the same time frame.

The industry received a significant boost in December 2020, when the Singapore Food Agency (SFA) granted approval via a “novel food petition” for cultured chicken produced by Eat JUST to be sold in Singapore as an ingredient in nuggets produced by the company.

Eat JUST is developing products based on cultured chicken cells and, in 2020, became the first company to release a cultured meat product commercially. Image source: Pixabay

As a city-state with almost no agricultural land, Singapore imports over 90% of its food, making it highly dependent on other countries. To improve the country’s food security, in 2019 the Singaporean government set up the “30 by 30” goal, with the aim of producing 30% of the country’s nutritional needs locally by 2030, using technologies including vertical farming and alternative proteins. The Singaporean government had previously been vocally supportive of cultured meat and it is perhaps unsurprising that it was the first place to approve a cultured meat product for commercial sale.

Eat JUST’s cultured chicken, currently sold under the GOOD Meat brand at the 1880 restaurant in Singapore, is still very much an early-stage product. The company still uses fetal bovine serum (FBS) to produce its cultured cells, an expensive ingredient with high batch-to-batch variability derived from slaughterhouses, meaning that production is unlikely to be scalable in its current form and still partially relies on animal slaughter. The product is also a blend of cultured cells and plant-based ingredients, possibly reflecting the high production costs associated with cell-cultured and the difficulty of culturing cells at a large scale. Nevertheless, it is a major step forward for the industry, and public and media reactions have been almost uniformly positive. There are hopes that the approval and commercial release in Singapore will influence other regions, accelerating approval processes across the world.

Of the major markets across the world, the US and EU arguably have the most well-defined regulatory pathways. In the EU, the Novel Food Regulation explicitly mentions foods derived from cell and tissue culture and outlines a pathway to approval that could take as little as 18 months to complete. In the US, the pathway is less clear, although in 2019 the US Food and Drug Administration (FDA) and US Department of Agriculture (USDA) announced a joint agreement for the regulatory pathway for meat products derived from cultured cells, other than cultured fish which is likely to be regulated solely by the FDA. Although there are unanswered questions in both the EU and US, particularly around labeling requirements, the regulatory bodies are taking cultured meat seriously and pathways to market are beginning to emerge.

Nevertheless, there are challenges with securing regulatory approval in both regions. The EU has historically been resistant to biotechnology innovations in food. For example, regulations around genetically modified organisms (GMOs) are among the most stringent in the world, making it extremely difficult to release GMO-containing products in the region. Whether or not cultured meat products contain GMOs (and there are some suggestions that it will be very difficult to create a commercially viable product without some form of genetic modification), it is perhaps a worrying precedent for companies hoping to release products in the EU. This is less likely to be an issue in the US, although the fact that approval involves interacting with two separate regulatory bodies, the FDA and USDA, may complicate the approval process. Each body may have different data requirements and timescales, and the exact roles played by each body are not yet clear. Nevertheless, IDTechEx believes that the US is the more likely of the two regions to see the first approvals of cultured meat.

A challenge common to both the EU and US is the potential resistance from industry lobbyists and labeling restrictions. In both regions, plant-based substitutes for animal products have faced similar challenges. In 2019, the state of Missouri passed a law banning the term “burger” from being used in relation to plant-based meat, in 2017, the European Court of Justice banned vegan food producers from using terms such as “oat milk” and “soya yogurt” on their packaging, reinforcing this in 2021 with a move to ban producers from even using terms or imagery on packaging which refer to or invoke dairy products to avoid misleading consumers. There are already signs that cultured meat may face similar resistance – in 2018, the US Cattlemen’s Association filed a petition to the USDA requesting that the term “meat” only apply to tissue taken from a slaughtered animal. Arguments around labeling could significantly delay the release of products in both regions, particularly if they make demands the cultured meat industry finds egregious, such as banning the term “meat”.

One area that could provide a more straightforward path to market, particularly in the US, is cultured fish. Cultured fish products are likely to be solely regulated by the FDA and there is much less concerted lobbying effort around the fish industry, meaning that regulatory approval is likely to be streamlined. In October 2020, the FDA issued a request for information on how best to label cultured seafood products, with a deadline for comments set for March 8th, 2021. Interestingly, (as of May 2021) the USDA is yet to issue a similar request for cultured mammalian/avian meat, although it has signaled its intention to.

As a major market with significant global influence, regulatory approval in the US would be a major step forwards for the cultured meat industry and would likely lead to approval in many other regions, as well as a big surge in investment into the industry.

With this in mind, US-based cultured seafood companies, such as BlueNalu, Wildtype, and Finless Foods, may be worth watching in the near future. In 2019, BlueNalu became the first cultured meat producer to release design schematics for a large-scale production facility, with the company aiming to be capable of producing cultured fish in 2,000 L batches by the end of 2021 and 200,000 L batches within the next four years. With $84.75 million in funding, IDTechEx believes the company is in a good position to become a leader in the early cultured meat industry.

“Cultured Meat 2021-2041: Technologies, Markets, Forecasts”, a new report by IDTechEx, provides an in-depth technology and market evaluation of the cultured meat industry, alongside 10 and 20-year forecasts for the future of the industry.

For more information on this report, please visit www.IDTechEx.com/CulturedMeat, or for the full portfolio of Food & AgTech research available from IDTechEx please www.IDTechEx.com/Research/AgTech.