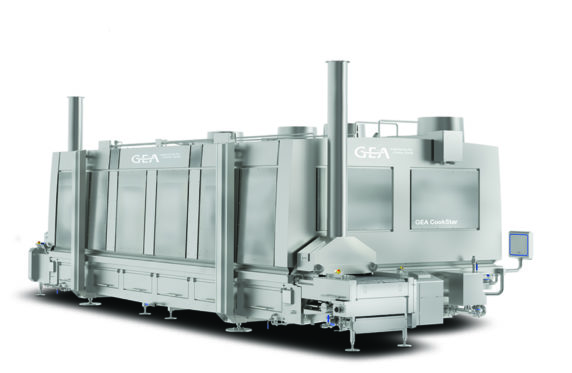 Food processors know that with margins under pressure every dollar counts. Balancing production costs, yields and product quality all whilst keeping consumers satisfied is not an easy job, which is why leading technology provider GEA is launching its Signature Chicken solution in the United States at the 2022 International Production & Processing Expo (IPPE) show in Atlanta, January 25-27. Initial customer trials and inhouse comparative tests of the process have reported yield increases of up to 10% when compared with traditional processes. *

Specially developed with universally popular chicken products such as wings and fillets in mind, the Signature Chicken process works on the basis of moving from a tumble-cook process to an inject-tumble-cook process as best practice. Whilst this is not necessarily a new concept, it’s the unique combination of specialist equipment and know-how GEA is offering that allows the increased yields.

First, the GEA MultiJector uses advanced injection technology, which achieves a more uniform distribution of marinade or brine, locking it into the core of the product. This means that tumbling time later on can be reduced. Then, after tumbling, the products are cooked, roasted or smoked in GEA’s CookStar GEN 3 oven, a highly accurate piece of technology which cooks each product on the line evenly and rapidly without drying out the product so that juiciness is retained.

Central to the MultiJector is GEA’s Time-in-Meat precision technique, based

on the specific combination of stroke height and injection cycle time, both optimized for each product type. Thanks to the Time-in-Meat technique, the needles stay in the product longer during injection, which leads to better brine uptake. As a result, product quality and consistency are significantly increased, and higher efficiency and yields can be achieved. This automated injection system uses a high-density injection pattern with GEA OptiFlex 2mm needles, allowing for a more even distribution of brine throughout the product. Combined with low injection pressure, brining or marination time is reduced and moisture retention is optimized meaning reduced post-injection purge. No overnight holding time is needed with this method, which also means that the need for handling and storage is reduced.

The technique is highly accurate, and customers that trialled this powerful injection equipment at GEA’s testing facility reported an increase in yield of up to 5 percent on average against their current processes.

Moving on to the cooking stage, GEA’s CookStar GEN 3 oven brings to the process a unique and highly specialized method of cooking and is the only industrial oven of its kind currently on the market. The CookStar cooks with greater precision than its predecessors, using combined horizontal and vertical hot airflow in a patented impingement zone, for an even distribution of airflow across the width of the belt. This means that all products are rapidly and equally cooked at the same time. The two-direction airflow also reduces overall cooking time, allowing for increased throughput.

During the first stage of cooking, humidity is introduced to the products, bringing additional moistness, but prior to being fully cooked, the products pass through the impingement phase, which carefully dries the surface of the meat, preparing it for roasting without drying out the core. The entire cooking process is quicker than traditional processes and results in more succulent chicken with a more attractive, richly browned color. Customer trials based on the CookStar GEN 3 resulted in yield improvements up to a further 3-5 percent. To put this into perspective, according to GEA an extra one percent of yield can be equivalent to approximately one million dollars profit for food processors.

So overall, GEA’s Signature Chicken solution can bring total yield increases of up to ten percent depending on the product. The process results in chicken which is more succulent for consumers as well as being more profitable for food processors.

Visitors to the 2022 IPPE show in Atlanta on January 25-27 will have the opportunity to learn more about GEA Signature Chicken during a ‘lunch and learn’ presentation where they can find out about how the system can be used for optimal yields.