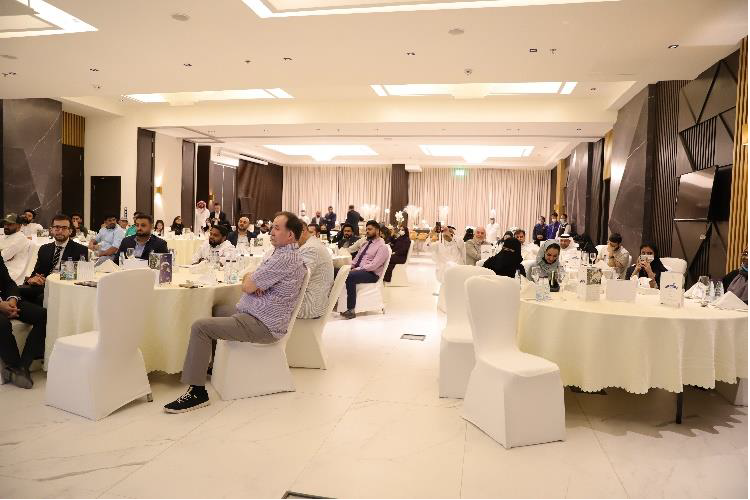 On May 15th, 2022, at 19:30, a press event in the frame of the European Project “DelicEUs Fruits” took place at the Radisson Blu Hotel in Riyadh, KSA. The press event aimed to provide information to professionals and mainly to journalists and opinion leaders who would then act as the ambassadors of the European agricultural products by spreading awareness on the merits of the European fruits.

A large number of guests, including people from various business industries of S.Arabia such as Logistics, Transport, Media, Advertising and Food, had been invited to the press event.

During the event, speeches were held by a prominent spokesperson, by representatives of the Proposing Organization, representatives of the national authorities in the Kingdom of Saudi Arabia and by the nutritionist Mrs. Seham Ali Alsahli. Therefore, all guests learned more about the quality and the nutritional value of the European fresh fruits, specifically apple – kiwi – peach – nectarine and cherry, that produced in Greece.

During the press event, a cooking show was held, and guests had the opportunity to taste dishes of Greek cuisine. The press event concluded with a four (4)-course dinner including one cold starter, one hot starter, one hot main dish and one dessert. Vegetarian option was available for all dishes.

Regarding the project, “DelicEUs Fruits” is a European financed campaign that aims to promote the European fresh fruits in the markets of S.Arabia, U.A.E and Argentina. The Beneficiary organization of the program is the Association of Imathia’s Agricultural Cooperatives (ASIAC) which is the joint venture of the eight largest Fruit Producer Organizations. The objectives of the Project are to provide information on the benefits, the high standards applied to the production methods and the characteristics of fresh apples, kiwis, peaches, nectarines, and cherries, that stand out for their quality and taste.