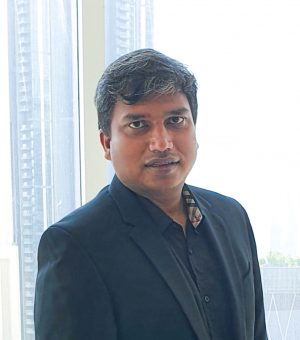 Dake Rechsand, a collaboration between South Africa’s Dake Group and the Rechsand Technology Group from Beijing, recently announced the launch of their revolutionary ‘magic sand’ technology and its affiliated sand-made product range in the Middle East region. The joint venture is the result of their mission to take these innovative technologies to the global market to alleviate pressing challenges of food and water security, especially in desert regions like the Middle East. The product has been lauded by the United Nations (UN) as well as other international bodies for its potential to mitigate concerns around global warming, forestation, water conservation and food security – issues that are also central to regional efforts for a sustainable future.

The Dake Rechsand technology transforms the properties of ordinary sand, to allow the free passage of air, while retaining water. Developed by Mr. Qin Shengy, Dean of Production at the Rechsand Research Institute, this technology is the result of over 35 years of research. The phenomenal results Mr Shengy has achieved include growing 1,500 acres of organic rice in the Ulam Buh Desert – one of the world’s seven driest regions, with temperatures of up to 57 degrees Celsius. Thanks to decades of R&D, the Rechsand Research Institute has developed an array of products, with unique properties suitable for gamechanging real world applications. The revolutionary product is now being promoted globally by Dake Rechsand and given the MENA region’s water scarcity, Dubai is serving as the regional launch pad for the innovations first global launch. In keeping with these plans, Dake Rechsand has shifted its headquarters to Dubai.

“The Middle East and North Africa region is the most water scarce region of the world. The region is currently using over 75 % of its renewable water resources, 85 % of which is being used for irrigation” , says Chandra Dake, Executive Chairman & Group CEO of Dake Group, a diversified investment group with a keen interest in innovative technologies that can help solve global problems. “In the UAE, the decade between 2008 and 2018 saw water consumption rise by almost 26%, to 1.87 billion cubic meters. The authorities were quick to realise that this consumption rate was unsustainable, and made significant investments in cloud-seeding technologies, with very successful results. However, UAE continues to be limited in its capacity to harvest this increased annual precipitation, resulting in flooding and wastage of surface water. At the same time, this additional rainfall has done little to green the desert, or reduce the dependence on external sources of food. Dake Rechsand can address both these issues simultaneously”, adds Chandra, a passionate advocate of Innovation to solve global Sustainability, Food Security and Water Conservation issues.

The breathable sand, the only one of its kind in the world, delivers on two key challenges for the region – Desert Farming as well as Water Conservation. Made up of regular sand particles, coated using a special technology, this ‘magic sand’ can retain water much longer while also allowing free circulation of air, unlike other hydrophobic materials. The innovation can empower the region to grow food abundantly while also cutting down on water needed for irrigation by nearly 80%. Even traditionally high water consumption crops like rice and several varieties of fruit and nut trees can be easily grown in desert regions, without the need to for excess water or chemical fertilizers and pesticides.

Additionally, Dake Rechsand’s IDER range of products, including tiles and kerbstones, has been developed to allow both air and water to permeate, resulting in a revolutionary innovation for rainwater harvesting. “Rainwater is the purest source of fresh water, yet most rainfall on the planet is wasted and often results in flooding and road clogging. Left stagnant too long, this precious life giving resource can easily become unusable. Reservoirs built using the Rechsand IDER Honey Comb Harvesting technology can preserve water in its pristine state for up to seven years without developing algae, without the need for chemicals or electricity”, shares Chandra.

Chandra confirms that the innovation has been creating excitement worldwide, including an invitation to present at the UN Convention to Combat Desertification (UNCCD) in New Delhi in 2019, with the Secretary General of the UN Desertification Council endorsing Rechsand’s magical sand technology products as an effective solution to achieve the goal of ‘Zero desertification’ by 2030.

The product has already been introduced into the UAE market with several successful pilot projects underway. “In the regional context, the Al Ajban farm in Abu Dhabi, where salinity of the water is very high, is a great example of a large scale commercial deployment that has already produced outstanding results”, Chandra continues. “Homes in Dubai, which have adopted this breakthrough technology, are boasting lush tropical greenery, even during peak summer months. We see a huge potential for regional adoption led by government departments, smart city planners, water conservation and sustainability initiatives, agri-businesses, as well as landscapers and home gardens”.

Currently, Dake Rechsand products are fabricated in China. However, the company is already making plans to develop regional manufacturing facilities based on demand within the MENA region. “We are excited by the vision of a green, water abundant Middle East, which produces a significant percentage of its own food, in a sustainable and organic manner. We believe our range of products offers a truly magical solution for a global crisis in water and food security. And we feel the MENA region, with its harsh summers, sprawling desert and water deficit, can emerge as an ideal test case, to lead a global transformation”, concludes Chandra.