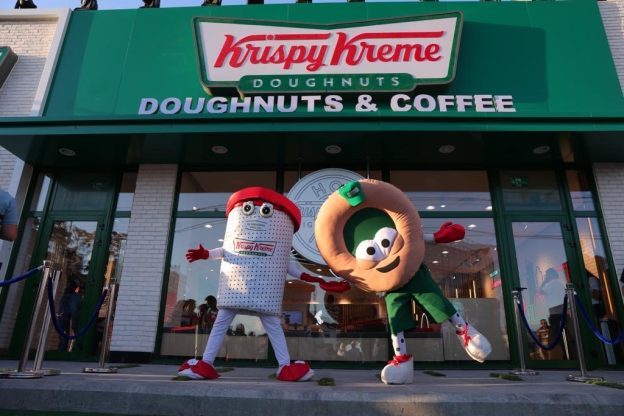 Commenting on the launch of Krispy Kreme in Jordan, Amarpal Sandhu, CEO of Americana Restaurants, said: “We’re delighted to have opened our first Krispy Kreme Hot Light Theater shop in Jordan, and the response from customers has been fantastic. Our Amman launch comes hot on the heels of the immense success in Egypt, where we have opened thirteen stores since launching in August 2021. We are executing plans for a rapid scale-up, with an expectation that Krispy Kreme in Jordan will replicate the success it has enjoyed under Americana Restaurants’ stewardship across the Middle East.”

Krispy Kreme’s iconic Hot Light now beams in Amman, with delicious, hot Original Glazed® doughnuts available fresh off the line for the first time. The country’s first Hot Light Theater shop will also operate as a production hub for Krispy Kreme’s omnichannel strategy to deliver fresh doughnuts to consumers across touch points. Every Krispy Kreme doughnut is made fresh daily, hand-crafted, and hand-decorated, to ensure the melt-in-the-mouth taste that has become synonymous with the brand and has kept consumers around the world coming back for more.

Americana Restaurants first brought the Krispy Kreme brand to the Middle East in 2006 and has since scaled-up the franchise across seven markets. With growth in its existing franchise territories, and the addition of Jordan, the Company expects to further grow the strong regional presence and visibility of its Krispy Kreme franchise. Americana Restaurants currently operates more than 2,050 restaurants of iconic global brands across 12 countries.