Home News 50th edition of ISM: The most important hub for business and innovations worldwide 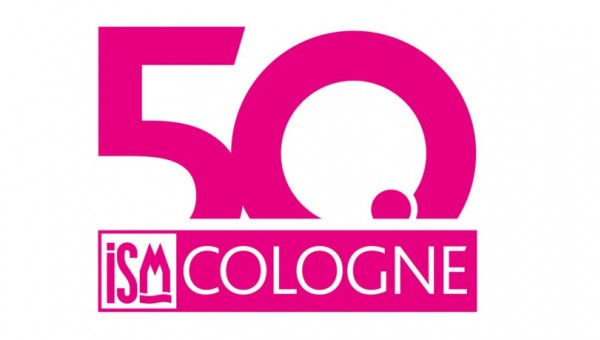 50th edition of ISM: The most important hub for business and innovations worldwide

For four days Cologne was the capital city of the international sweets industry: From 2 to 5 February 2020, sweets and snacks were the centre of attention of the around 37,000 trade visitors from 148 countries, who attended ISM. In total 1,774 exhibitors (plus 7.5 percent) from 76 countries (foreign share 87.5 percent) took part at the 50th edition. “In its anniversary year, the leading global trade fair for sweets and snacks is once again bringing all of the internationally relevant market participants from the industry and trade together in this magnitude and is thus confirming its function as the most important business hub, export driver and innovation platform for the sweets industry.

The top decision-makers from all over the world meet up in Cologne in the space of just four days,” confirmed Gerald Böse, President and Chief Executive Officer of Koelnmesse. Bastian Fassin, Chairman of the International Sweets & Biscuits Fair Task Force, AISM, and Member of the Board of the Federal Association of the German Confectionery Industry (BDSI) added: “ISM is indispensable for the sweets industry. With its numerous innovations, it brings new dynamics into the national and international trading activities of the market leaders and the medium-sized companies year after year and thus sets important impulses for the future for the entire industry” The dynamic atmosphere in the aisles and intense dialogues at the stands also led to the increased overall satisfaction of the visitors. For the first time ISM achieved a recommendation rate of more than 95 percent.

Once again this year the image of ISM was characterised by its high degree of internationality, namely 70 percent, which remained at the customary high level. The visitor quality has been excellent and very international from the very start. A large share of the European trade visitors came from Belgium, the Netherlands, Great Britain and Italy this year. Outside of Europe, Israel and Korea recorded strong growth. All of the important trading companies were represented at this year’s ISM, even if in some cases with smaller delegations due to the current Corona virus situation. The high participation of decision-makers at the trade fair was particularly noticeable. This is also reflected by the trade visitor survey, according to which the share of the executive directors and plant managers rose by 7 percent. According to the organisers, the discussions held had a stronger and more targeted focus on the business aspect.

The most important returnee or new exhibitors were among others the Hosta Group from Germany, Arcor from Argentina, Cacau Show from Brazil and Fazer from Finland.

In addition to high-ranking representatives from the German trade, also the top 2/3 buyers, importers and distributors of sweets came to Cologne from abroad. Among the leading companies Walmart, Carrefour, Costco, Schwarz Gruppe, Tesco, Aldi, Edeka, Rewe, Amazon und Walgreens were on-site. Hence, the expectations for the follow-up business after the trade fair in Germany and abroad are optimistic. The top decision-makers and important multipliers from the industry were very satisfied. According to the trade visitor survey, more than 80 percent say that in addition to a comprehensive market overview they also gained detailed information on new products. Innovations and new developments not only led to satisfied buyers, but also underlined the vitality and performance capacity of the industry. This year the exhibitors above all placed their bets on high-quality products with unusual taste components as well as on natural ingredients and plant or insect-based proteins. Vegan, vegetarian, fatt and sugar-reduced as well as fairly traded products are also high in trend. The “New Product Showcase”, which 100 exhibitors from 33 nations took part in with 178 products, was once again in 2020 the reflection of this development. As was the case last year, the top innovations were selected by an independent jury of experts from the industry, trade and field of science. The top three this year were Dr. Klaus Karg KG with “Dr. Karg’s Bio Lentil Snacks” from Germany, Confiserie Vandenbulcke with “Petit Melo®” from Belgium and Coppenrath Feinback GmbH with “Licorice Coooky” from Germany. The winner of the ISM Packaging Award powered by ProSweets Cologne is Froben Druck GmbH & Co. KG with “Labels made of grass paper” from Germany.

Furthermore, the future congress #CONNECT2030 – The Future Summit for Sweets and Snacks that was staged for the first time by ProSweets Cologne and ISM were also very well-attended. In a fully-booked hall, renowned experts talked about practical examples of application from artificial intelligence, big data and machine learning that provide real added value for the sweet industry.

When it closed its doors, ProSweets Cologne, the international supplier fair for the supplier industry held parallel to ISM, had registered over 18,000 trade visitors from more than 100 countries. The visitors informed themselves about the offer of 260 exhibitors from 32 countries. The ISM 2020 in figures: 1,774 suppliers from 76 countries took part in ISM 2020, 87.5 percent of whom came from abroad. These included 223 exhibitors from Germany and 1,551 exhibitors from abroad. Around 37,000 trade visitors from 148 countries attended ISM 2020, the foreign share was over 70 percent. The 51st edition of ISM is scheduled to take place from 31 January to 3 February 2021.