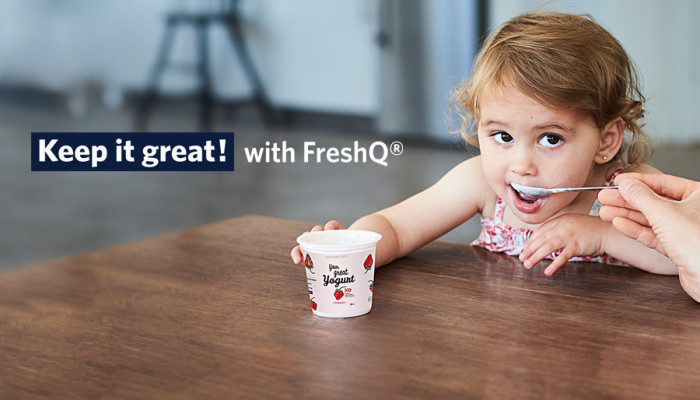 Posted By: adminon: May 21, 2020In: DAIRY, Industry Updates
Print Email

For the first time, the main mechanism of lactic acid bacteria with bioprotective effect against yeasts and molds in dairy products has been revealed: It’s all about competition for a specific nutrient (manganese).

While the popularity of food cultures that can help improve quality and shelf life has increased non-stop over the past years, Chr. Hansen scientists are the first to reveal the mechanism that can explain the main part of the inhibitory effect against yeast and mold spoilage organisms. The findings on the mode of action are documented in a new scientific article featured in the prestigious Applied and Environmental Microbiology Journal.

With the increasing use of natural lactic acid bacteria, or good bacteria, such as Chr. Hansen’s FreshQ® food cultures, there has been increasing interest in understanding the underlying mechanisms used by certain lactic acid bacteria to delay the growth of spoilage organisms. So far, most scientific activities have focused on trying to identify antimicrobial compounds produced by the food cultures, but without being able to identify any compounds that could explain a considerable part of the effect. Therefore, it became apparent that other mechanisms play a major role, but the specific mechanism had not been proven. Until now.

Competition for a specific nutrient
“What we have discovered and proved is the ability of our good bacteria in the FreshQ® cultures to absorb a nutrient in fermented milk that yeast and mold need to grow. This nutrient is called manganese. Through a ‘transporter’ in the bacterial strains the nutrient is removed from the food matrix, preventing the unwanted contaminants to feed on it,” says Rute Neves, director in Bacterial Physiology, Research & Development, Chr. Hansen and affiliated professor at DTU (Technical University of Denmark), Bioengineering.

Starting in-house, the Chr. Hansen scientists identified in the strains the transporter that absorbs manganese in a specific dairy food matrix. In cooperation with North Carolina State University in the US, the mechanism was proven at genetic level.

Manifesting leading role in the bioprotection segment
According to Peter Thoeysen, director in Dairy Bioprotection, Chr. Hansen, this discovery is an important and game-changing chapter in Chr. Hansen’s bioprotection history. The study also confirms that FreshQ® food cultures help protect dairy products from spoilage caused by yeasts and molds in a natural way.

“We are truly using nature’s own resources to help our customers build their brands, improve quality and reduce food waste while keeping up with market trends for real food with less artificial ingredients. Being able to describe exactly how they do this on a scientific level is helping us in the quest to support our customers with even better solutions for even more food types in the future. This manifests our leading role in the bioprotection segment, using the power of good bacteria,” concludes Peter Thoeysen.

What is FreshQ®?
FreshQ® food cultures are lactic acid bacteria strains from Chr. Hansen that have been specifically selected for their ability to help protect dairy products against spoilage caused by yeasts and molds. They offer a natural solution based on traditional principles of fermentation. They can help make dairy products like yogurt, sour cream and cheeses stay fresh for longer, helping dairies around the world to reduce food waste and improve quality while catering to the consumer demand for food with less artificial ingredients.